LAND’S END IN THEIR LINE OF SIGHT 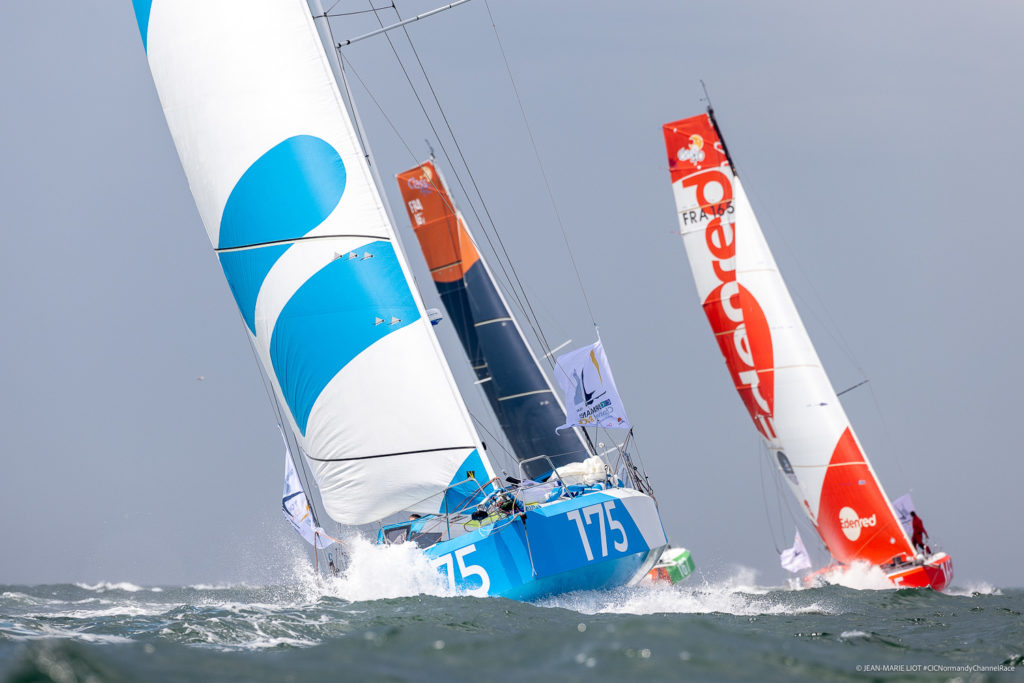 The whole of the compact fleet in the CIC Normandy Channel Race 2022 is powering its way along the coast of southern England. The surprising and unexpected duo made up of Matthieu Perraut / Kevin Bloch is still leading the way in front of the hotshots on Quéguiner-Innoveo, Redman and Crédit Mutuel. Aboard their Class40 Inter Invest, Matthieu and Kévin have already negotiated Lizard Point and are now hurtling towards Land’s End. On a reach in around fifteen knots or so of SW’ly breeze, the leaders should make the Wolf Rock course mark by early evening, at around 16 to 17:00 UTC.

To round off this epic sprint along the south-west coast of England, the 26 crew still in the competition will need to find the energy for one last effort in the beat towards Land’s End. The sailors will have to take particular care with any changes of tack to latch onto the favourable current expected at Longships as quickly as possible, in the knowledge that the front runners will benefit from the full force of the latter. The seven boats in hot pursuit, namely Crosscall, Crédit Mutuel, Edenred, Eora, Redman, Groupe SNEF and Project Rescue Ocean, will have to navigate a flawless course and absolutely nail the strategic sail choices if they are to close on the two leaders Inter Invest and Quéguiner–Innoveo and steal a march towards Ireland.

Once they’ve left Wolf Rock to port, the competitors should benefit from a southerly wind shift of around twenty knots or so, which will slingshot them across the Celtic Sea, thus enabling them to devour the 130 miles of ocean separating them from the iconic lighthouse at Tuskar Rock on a long run, which may well take under a dozen hours. From there, the leaders of this 13th edition are expected to reach the south-east tip of Ireland at first light tomorrow morning, Tuesday.

The low-down on the damage to the fleet

Amélie Grassi and Anne-Claire Le Berre, aboard the Class40 La Boulangère Bio, have been experiencing alternator issues since last night, which notably prevents them from recharging the boat’s batteries. This basically translates as no on-board electronics for navigation and no watermaker for eating and drinking. As such, the duo decided to make a pit stop in Cherbourg. Arriving safely in port at around 13:30 hours UTC this afternoon, Amélie and Anne-Claire are giving their all to effect repairs and get back out on the racetrack as quickly as possible.

For their part, Andrea Fornaro and Igor Goikhberg, aboard the Class40 Influence, are also on a pit-stop in the port of Weymouth in a bid to resolve their electronics issues.

In terms of retirements, Clara Fortin and Martin Louchart aboard the Class40 Randstad-Ausy have decided to put an end to their race following rudders problems. They’re now making for Cherbourg. Equally, the Courbon brothers, who have also informed race management of their retirement without giving any specific details, are making for Le Havre. Everyone is fine aboard. 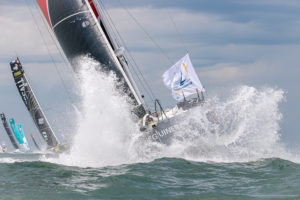