THE ASCENT OF ‘MOUNT’ TUSKAR

The 22 Class40s still racing in the 11th Normandy Channel Race are currently navigating the waters of the Celtic Sea level with the mouth of the Bristol Channel. On a beat, grouped tightly together with their trajectories weaving in and out of those of their rivals, this climb up towards Tuskar Rock is reminiscent of an alpine ascent. On a competitive front, it’s a very close-contact race with the advantage currently going to the duo from the Mini-Transat circuit, Thuret-D’Estais. With the wind expected to swing round to the East in the coming hours, it will make for interesting viewing to see whether those crews making headway to the East or West of the race zone are able to make the most of their positioning…

“We’re climbing northwards in a thick fog worthy of the most dreadful horror films. The moisture is penetrating through our foulies and it’s freezing!” explained a picture postcard account received from aboard long-time leader Redman (161). Reaching Ireland under sail, especially in race format, is no easy task then and the fatigue is beginning to make its presence felt for the sailors on the slog up to Tuskar Rock.

Stan Thuret, the usually ebullient skipper of Everial (147) sums up the situation to a T in the message he sent from aboard last night: “This race is complicated! We’re starting to get a bit fried and we’re having difficulty recovering our energy during the micro-siestas… At every stage of the race, there’s a sense of frustration at battling our way along, doing everything possible and then ending up in a patch of light airs for 6 hours, forcing you to start everything over from scratch!”

Whatever the case, there will be more than a few skippers tonight who are happy to be very much back in contention on this beat, including Briton Jack Trigger and his non-professional co-skipper aboard Virgin Media Business, currently lying in fifth place.

Equally, it’s easy to imagine how much they must all be looking forward to rounding the lighthouse at the south-east tip of Ireland and rekindling their ties with the reaching conditions, which will enable them to put pedal to the metal and get all the power they can out of their steeds so they can transform the past three days’ struggle in the light airs into a distant memory.

With regards to the ranking, there is still absolutely everything to play for. Indeed, even though Everial (147) is slowly but surely opening up her lead thanks to a fine trajectory, she is just fifteen miles or so ahead of 16th placed Gustave Roussy (133). The wind is set to clock round to the East over the coming hours, which should help us get a clearer idea about who has chosen the better option out to the East or West. In fact, it is only on rounding the Tuskar Rock lighthouse that we’ll really be able to calculate the big winners and losers along this stretch. For the 44 sailors still in the competition, the tension is showing no sign of abating just yet and every one of the crews will be eager to continue piling on the pressure whilst there is so little separating them.

With regards the next stage of the race, it’s important to note that a course reduction was announced earlier today. In view of the upcoming weather conditions, the Race Committee has modified the course, removing the passage mark at the Fastnet as well as the rounding of the island of Guernsey. As a result, once the fleet has gone around Tuskar Rock, the fleet will set a direct course towards the English Channel. 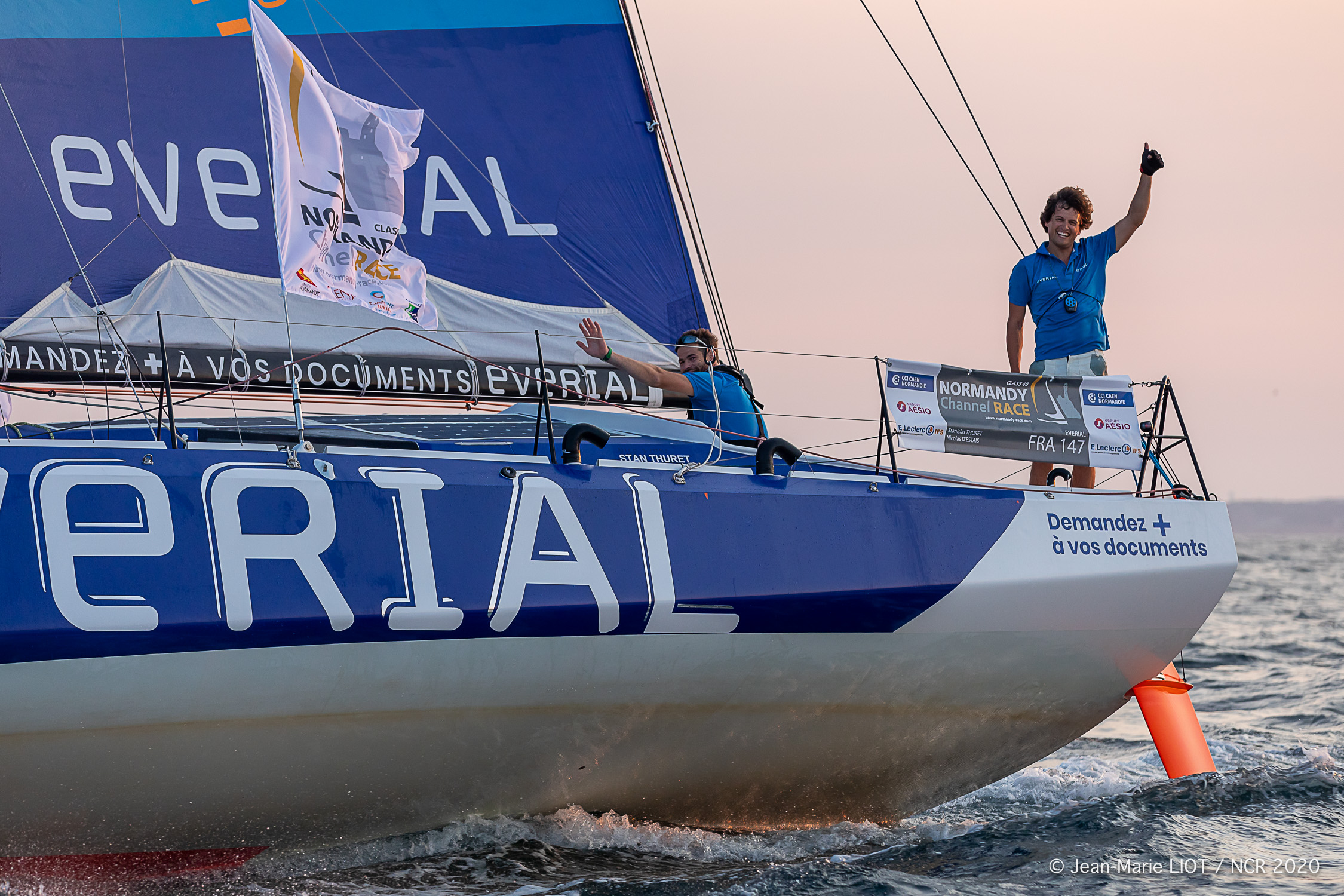 The big squeeze at the start of the Celtic Sea 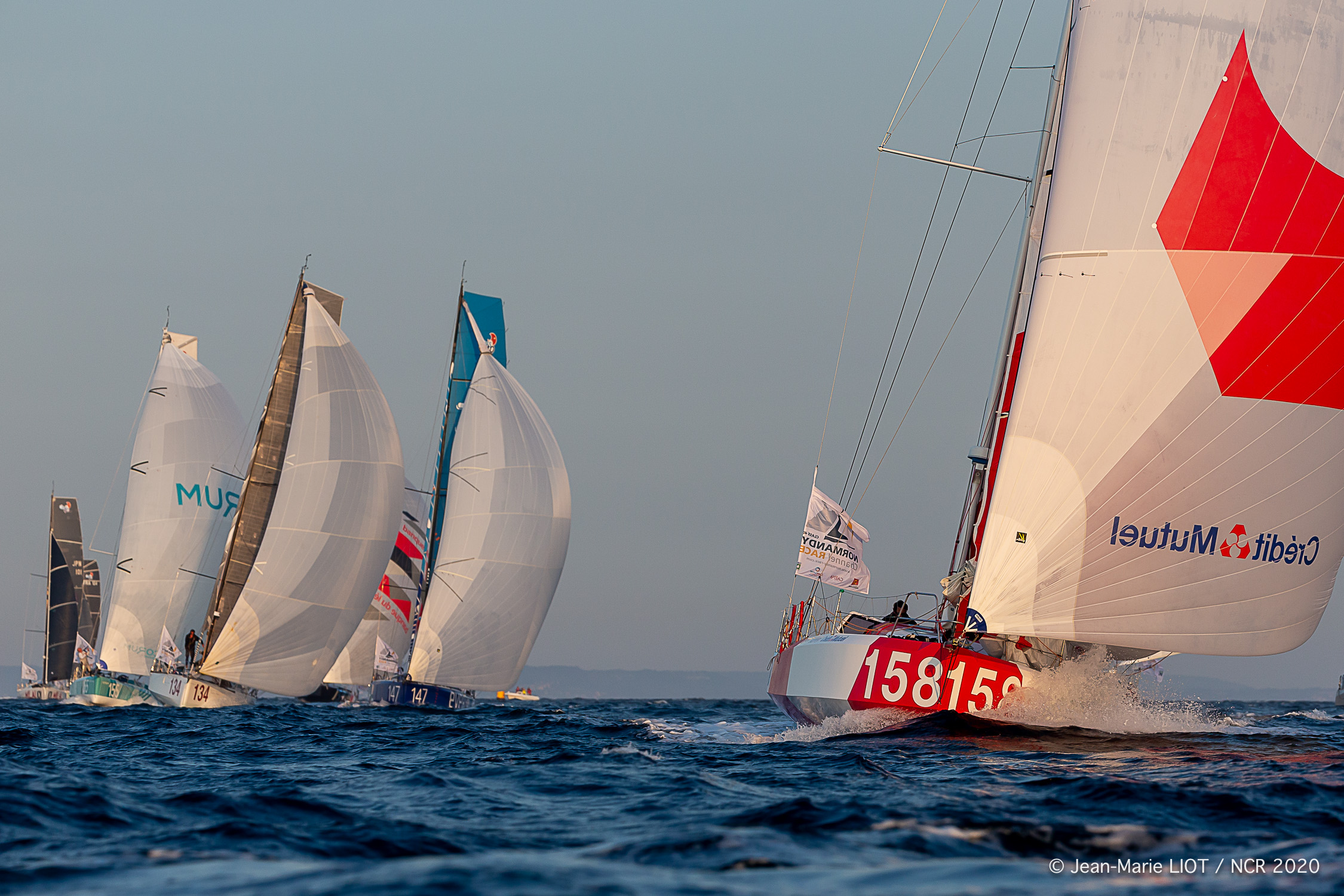