After a muscly final, it’s Banque du Léman who finally scores the bullet in the 11th Normandy Channel Race. Skippers Valentin Gautier and Simon Koster crossed the finish line at 13 hours 30 minutes 30 seconds GMT after 4 days 20 hours 25 minutes and 30 seconds of racing. They made the finish line just 6 minutes ahead of Crédit Mutuel. Her skippers, Ian Lipinski and Julien Pulvé, bag silver then in this race, which once again went right to the wire.

The hierarchy remained wide open throughout this 2020 edition as the fleet concertinaed its way along this course up to the south coast of Ireland. It was only once Lizard Point was rounded on the home straight that Banque du Léman (158) and Crédit Mutuel (159) managed to shake off the chasing pack for good and focus on their bitter duel to the finish, upwind in heavy seas. Ultimately, it was the Swiss team of Valentin Gautier and Simon Koster who came out on top to snatch victory in this 11th edition.

“We had all manner of conditions, culminating with a 35-knot beat up the English Channel, which was really harsh. We knew what to expect when we entered the Normandy Channel Race, especially when Carpentier (Antoine) said it was like a 5-day street brawl, which sums up the race to a T. This event really is fantastic with its coastal passages, offshore sections, highly tactical elements and its fabulous landscapes. It’s hugely satisfying to go out and win this race in these conditions. It took some work this victory! It’s no mean feat that’s for sure,” enthused Valentin Gautier and Simon Koster at the finish in Ouistreham.

It was a cruel blow for the second placed duo from Lorient and La Rochelle, Ian Lipinski and Julien Pulvé, as it could have gone any which way and they too sailed a brilliant race. “Competitively, it was a rewarding and tough race. We really battled hard from beginning to end. It was really intense, with a great deal of jockeying for position throughout. We knew that this was part and parcel of the Normandy Channel Race’s reputation before the start,” explained the magnificent runners up in this Normandy Channel Race 2020. This second place in the ranking does however bring an end to a reign that has lasted since 2015. Indeed, Ian Lipinski has made the top step of the podium in all the races he’s participated in since the Transgascogne 2015. That surely speaks volumes about the Swiss duo’s achievement in taking gold aboard the Class40 Banque du Léman.

The four champions treated us to a supreme showstopper of a performance right to the wire in this the only official race of the Class40 championship 2020.

The denouement with regards 3rd place in this event remains just as blurred… Will it be Le Choix Funéraire or Redman who complete the podium? Verdict later this evening… 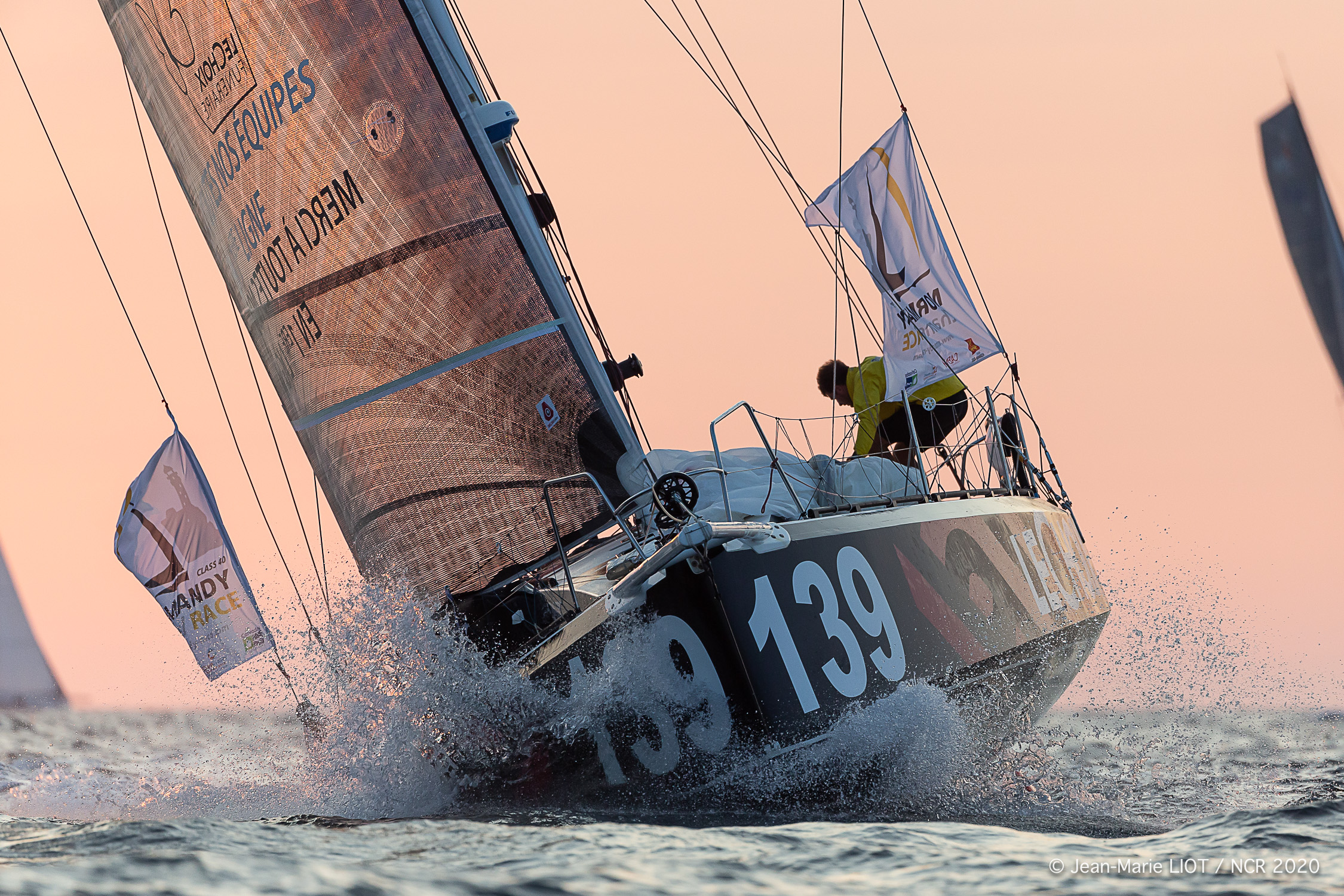