THE LOW-DOWN ON THE NORMANDY CHANNEL RACE 2020: COMMITMENT IS THE WORD

It was a fantastic race and a wonderful adventure, albeit very trying. It had been a very long time since I experienced such total commitment, with no respite whatsoever.” Ian Lipinski

“It’s a massive source of satisfaction to go out and secure the win in these conditions. This victory had to be hunted down!” Valentin Gautier

After an epic duel, the Swiss crew of BANQUE DU LEMAN skippered by Valentin Gautier and Simon Koster finished just 6 minutes ahead of CREDIT MUTUEL skippered by Ian Lipinski and Julien Pulvé. However, the reactions at the finish all express the same level of commitment.

Indeed, commitment was a prerequisite for all the event’s protagonists in enabling the only official Class40 event of the year to be hosted in such an uncertain context. From the 26 teams to the partners, the organisation team, the various institutions, the local and prefectural authorities, everyone played the game, for which we sincerely thank them. The same is true of the 4,200 visitors who still came out to have a look at the boats over the course race start weekend in Caen, despite the health restrictions in place and a race village that was reduced in scale.

Commitment was also required by all the competitors from the moment they headed off into the sunset, as highlighted in the fantastic images broadcast across the whole of western France with our partner France 3. It set the stage for the harshness of the competition of the coming days with the very first retirement recorded just moments out of the starting blocks following a collision between 2 competitors.

From the St Marcouf Islands at the foot of the Cotentin peninsula in virtually no wind, to the English Solent, which saw 3 boats get into difficulty on the shingle banks along with other retirements at the infamous Land’s End at the westernmost tip of the UK, and finally the Irish passage mark of Tuskar Rock, it was a ‘5-day street brawl’ as Antoine Carpentier called it so aptly before the start. Coloured by tricky light airs at the start, the jockeying for position was both incessant and dramatic, with a particularly fine performance posted by Stan Thuret on EVERIAL, which saw them round the legendary Tuskar Rock ahead of the favourites, with some 22 Class40s strung out behind them for 30 miles.

Commitment was key once again during the bitter return trip from Land’s End too. For the first time, the ‘NCR’ had to sail into the teeth of a gnarly NE’ly gale in the English Channel, which was blocking the way back to Caen. Ultimately, 14 teams were ranked with 8 retirements recorded in this final slog, fortunately with no serious damage to report and no calls for outside assistance.

With another intense edition of the NORMANDY CHANNEL RACE on a competitive and human level, the legend surrounding the event continues to grow. Helping to write its history this year we must credit the performance of the young 16-year-old American Hannes Leonard       ( KITE USA 144 ), the youngest ever skipper in the event, who will likely remember this 2020 edition for a long time to come.

See you next May!

QUOTES FROM THE SKIPPERS

Antoine Carpentier – REDMAN (3rd) “We made a few mistakes in the Celtic Sea, which cost us dearly. Thanks to the boat and Nico’s exceptional helming, we managed to get back into the game and finish third. It really is a fabulous race, as it takes us on a journey around some truly legendary places. We’re itching to do it again!”

Nils Boyer – LE CHOIX FUNERAIRE (4th) “We really had a ball. It was full-on. The finish was lively but we finished and that’s fantastic! Down the home straight in the English Channel, even though we were a bit tired, we were racing flat out, the bit between our teeth. We’ll definitely be back for more. It’s an excellent event that is rich and varied with a course that has it all!”

Ian Hoddle / Jack Trigger – VIRGIN MEDIA BUSINESS (5th): Ian “It’s the most intense racing I have ever experienced” – Jack – “Well it lived up to its reputation! We gave absolutely everything and this race asks for nothing less.”

Thibault Lefevere – FREE DOM (8th) “It proved to be a very steep learning curve and I have absolutely no regrets, even during the finish in 35 knots. It was the first time I’d been out in such rough weather. It was also a real pleasure to see that the boat can take the pace and that we can trust in her”.

Frans Budel – SEC HAYAI (9th) “We never thought about stopping in a port. We know what it’s like to sail in tough conditions. The last two days weren’t easy, but we gave it our all. If we’d had serious damage, obviously, we would have stopped, but we didn’t, so we continued. If we want to go around the world in Class40, we have to be able to navigate these kinds of conditions”.

Stan Thuret – EVERIAL (11th) “Our pit-stop was the sensible decision because we wanted to avoid trashing the boat and making some silly mistakes. We’d reached our limits in our journey to discover the craft. We have no regrets at all as that’s part and parcel of the adventure. It’s the first time we’d made a pit-stop in a race. It’s a whole new experience. You switch into another gear, studying when you’re going to get going again and trying to stay focused on the race as it was important for us to finish it. Otherwise, it really was a great race with a course that really helps you raise your game. In short, it was fab!”

Romain Rossi – PRISME (12th): “I can tell you that a race like this really teaches you something. It’s easy to have plans on your couch, but it’s more realistic to make them when you’re out on the water!”

Morgane Ursault – Poupon (14th) UP SAILING “We were a bit unfortunate in some places. It was still a great experience though. It’s clearly a race that must be done again and that spurs you on to come back. After our pit-stop, we were keen to finish the race. We didn’t break anything and at no point did we consider retiring from the race. In any case, it’s a very fine course that is highly tactical.”

Antoine Magre (retired) E. LECLERC VILLA LA GRAND “We hadn’t envisaged that the race would end like that, especially after really making inroads into the ranking again. However, as with mountaineering, sometimes you have to know when to turn back (or stop…) Thank you again to all the team for organising the race. We hope to come back stronger very soon!”

Nicolas Jossier (retired) “What I’ll take away from this race is that it was wonderful, that we shook up the top players, that it’s a mechanical sport and that we’re just cutting our teeth with the project right now, that we’re thrilled with all the team involved in this project, that there are still magnificent sunrises and sunsets, that the dolphins still wink at you and that part of coming alive again is about rolling with the punches!” 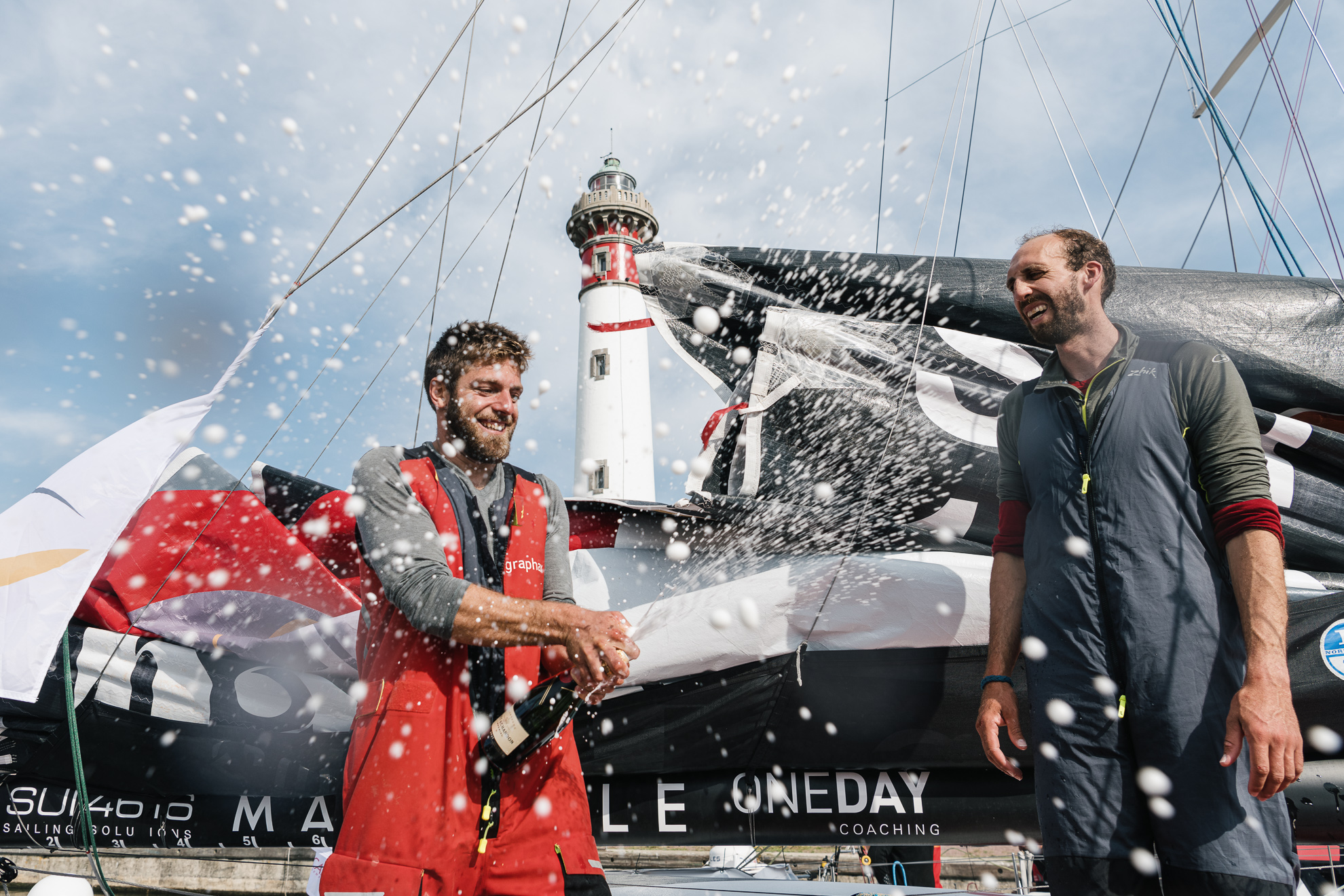 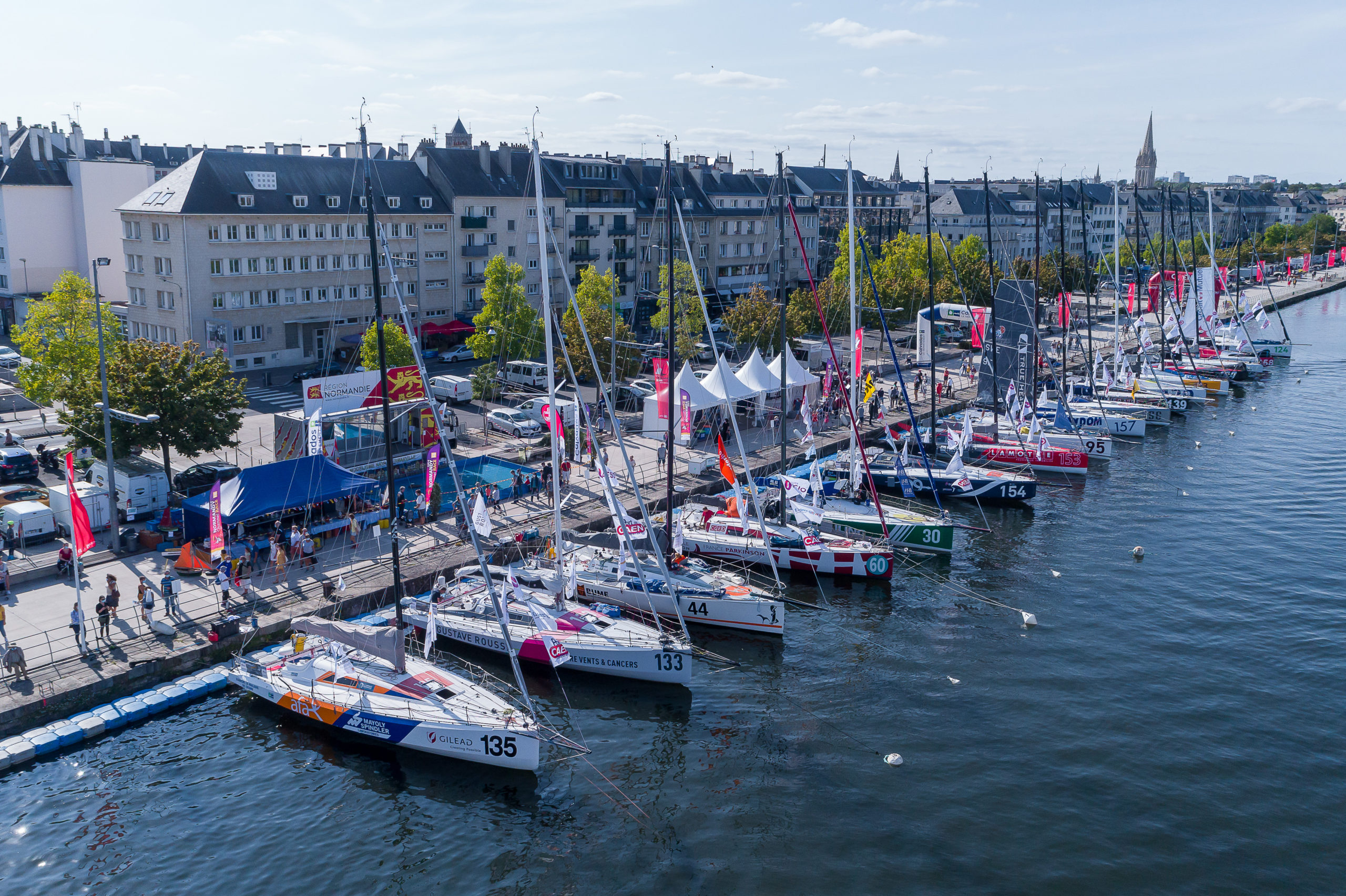