Despite the current context with the health crisis, the 11th edition of the NORMANDY CHANNEL RACE 2020 has managed to gather together an exceptional line-up of 27 Class40s, which is on a par with the event record set in 2016 and repeated in 2018. In light of the fact that the two transatlantic races scheduled for the 2020 programme had to be cancelled, it will come as a particular relief to all those involved in the Class40’s offshore racing domain, from competitors to naval architects and boat builders, that this one race from the original official Class40 championship programme can be run this year. Naturally, this offer extends to those beyond France’s borders too, with a special provision being made for two UK-based teams, who will head straight to the start line without first visiting the port of Caen so that they are not subjected to the current quarantine conditions placed on its citizens returning from France.

Overcoming a great many hurdles this year, the Normandy Channel Race has effectively been given the green light thanks to the solidity of the bonds with the event’s major partners, 4 local authorities who have played a vital role in the event’s organisation since 2010 (City of Caen – Caen la Mer urban community – Calvados Department – Normandy Region), together with the Caen Normandy CCI. A series of private partners have also remained loyal in the storm, including Leclerc Ifs and Aésio, as have the vast majority of the 26 structures associated with the race, which is testament to the race’s strong foothold in the region.

Despite a smaller race village in accordance with the strict health guidelines, the locals of Caen and the Normandy region as a whole will still be able to meet the skippers on the Quai Vendeuvre over the weekend of the start (from Friday 11 to Sunday 13 September) and finish (Saturday 19 and Sunday 20 September).

A brand-new craft ranks as one of the race favourites this year after the launch on 2 September of the latest addition to the Class40 fleet, boat No.161 REDMAN skippered by Antoine Carpentier teamed up with Nicolas Groleau, manager of the JPS yard.

Keen to give the newbie a run for its money is a long list of around ten or so of the most modern craft (from No.153 to No.161, all the boats will be competing). Among these is boat No.158 CREDIT MUTUEL skippered by Ian Lipinski, double champion of the Mini Transat and winner of the last Transat Jacques Vabre, who has been named as a potential winner accompanied by Julien Pulvé, former event champion. However, they will have to do battle with some stiff and uncompromising opposition, notably including No.159 BANQUE DU LEMAN helmed by the Swiss sailors Valentin Gautier and Simon Koster. Both the boats listed above are architectural trailblazers in the style of a scow bow.

Other pretenders to victory include boat No.155 ROCKALL 6 skippered by Jörg Riechers – 2013 winner – and Axel Trehin, Charles–Louis Mourruau and Estelle Greck’s No.156 ENTRAIDE MARINE, Nicolas Jossier and Benoit Charon’s No.154 (RE) VIVRE AVEC LE LYMPHOME, the winning boat in the last Route du Rhum, No.153 LAMOTTE MODULE CREATION skippered by Luke Berry and Thierry Chabagny, as well as Stan Thuret and Nicolas d’Estais’ No.147 EVERIAL, Antoine and Olivier Magre’s No.160 E.LECLERS VILLE LA GRAND and Thibaut Lefevere and Sébastien Marsset’s No.157 FREE DOM.

If there were still some doubt about the intensity of the battle that will be fought out on the water, it’s worth noting that there was just 6’’ separating the top two boats in 2018 and 58’’ in 2019, after a week at sea.

Furthermore, we know that the nature of the event and its various obstacles lining the course always have a few surprises in store each year and it’s important to remember that you can also count on the competitors with slightly less modern boats to try to make a break for it at the slightest opportunity. These include Christophe Rateau and Sylvain Pontu’s No.133 GUSTAVE ROUSSY, Olivier Roussey and Philippe Burger’s No.124 OBPORTUS IV, No.129 CONCISE 8 skippered by Charles de Coquet and the event’s old hand Louis Duc (9 participations), François Guiffant and Didier le Vourch’s No.134 FONDATION SEXTANT / AMIRAL GESTION, the Italo-Russian crew of Andrea Fornaro and Igor Goikhberg on No.123 TALES 2, Nils Boyer and Pierrick Letouzé’s No.139 LE CHOIX FUNERAIRE, Romain Rossi and Emmanuel Hamez’s No.131 PRISME, the local entry from the Calvados No.135 VOGUE AVEC UN CROHN skippered by Pierre-Louis Atwell and Claire Pruvot, Marc Lepesqueux’s No.140 SENSATION CLASS40, as well as the Japanese team on No.101 MILAI, Masa Suzuki and Koji Nakagawa.

Finally, a group of skippers on some of the older boats is also very determined to enter the fray, including Morgane Ursault Poupon and Rémi Lhotellier’s No.30 UP SAILING UNIS POUR LA PLANETE, the Dutch team on No.44 SEC HAYAI sailed by Frans Budel and Ysbrand Endt, a former Volvo Ocean Race skipper, Florian Gueguen and Raphaël Auffret’s No.60 EQUIPE VOILE PARKINSON, Franz Bouvet and Philippe Magliulo’s No.65 YODA and No.95 TALANTA skippered by the Swedish crew of Mikael Ryking and Karl Jungstedt.

Always attracting a distinctly international line-up, some 10 nationalities will be competing in this 2020 edition. Given the quarantine restrictions put in place in the UK, Britons Ian Hoddle and Jack Trigger on No.137 VIRGIN MEDIA BUSINESS and Americans Greg Leonard and his 16-year-old son Hannes Leonard on No.144 KITE, who are currently UK-based, will head straight to the start line without making landfall in France. They’ll all be hoping to put their knowledge of the waters around the Isle of Wight and the South West coast to good use.

All the projects are presented in detail on the website https://normandy-race.com/en/crews/

France 3 NORMANDIE is renewing its daily schedule with a 1’30’’ item after each televised news at 12:00/13:00 hours and 19:00/20:00 hours local time from Wednesday 9 to Sunday 20 September, or 24 articles over 12 days. A new addition this year will be its broadcasting along the same format on France 3 BRETAGNE.

In another new feature this year, the race start will be broadcast live on Sunday 13 September at 19:05 hours on France 3 Normandie / Caen with a live Facebook feed provided from around 19:00 to 19:30 hours with the commentary from journalist Laurent Marvyle and the manager of V1D2 yard in Caen, Marc Lefebvre, both top Class40 specialists, as expert consultants.

Actively supporting the race since its creation, FRANCE BLEU will also hit the airwaves with numerous reports scheduled.

The website www.normandy-race.com has been revamped and has recently gone live. 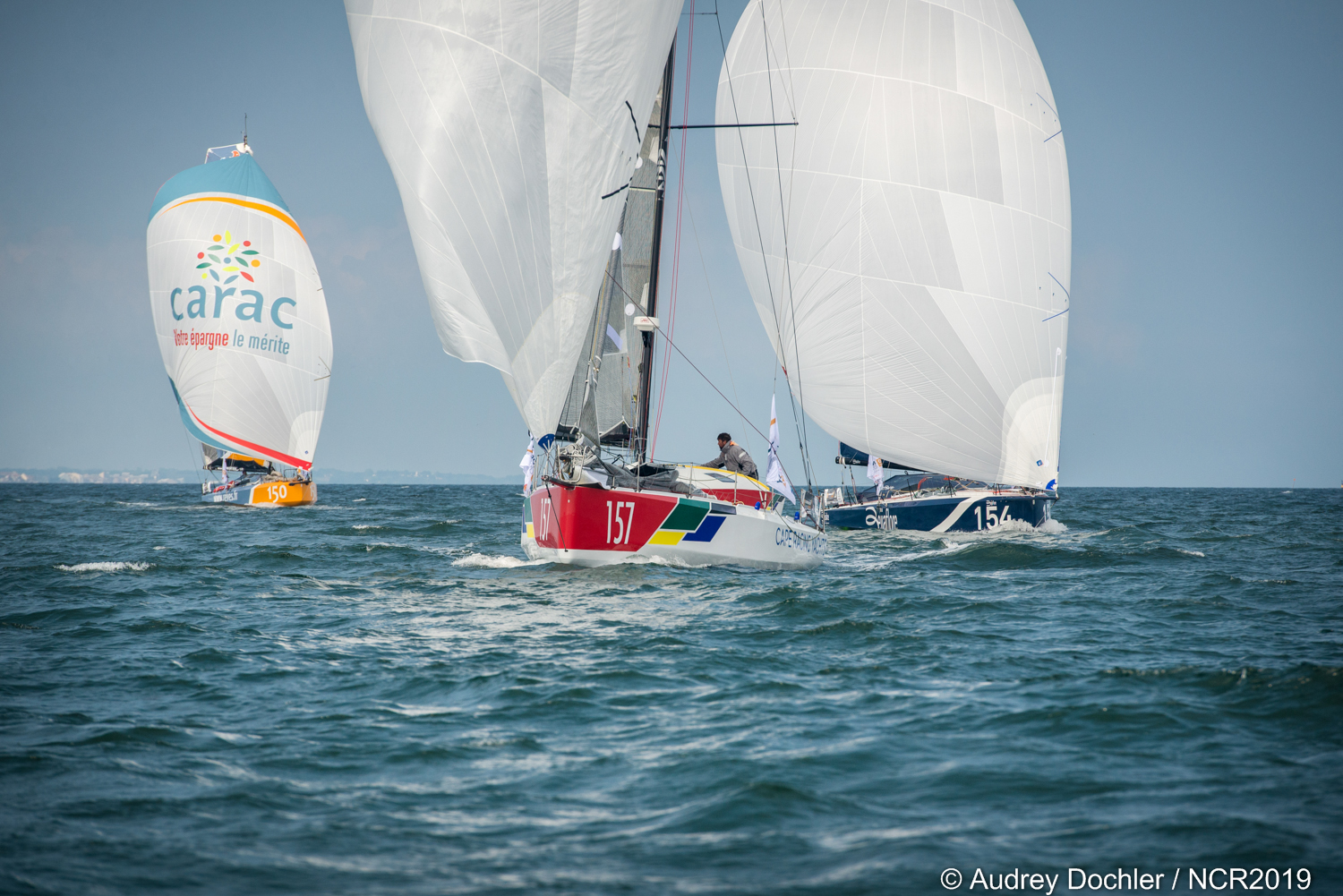 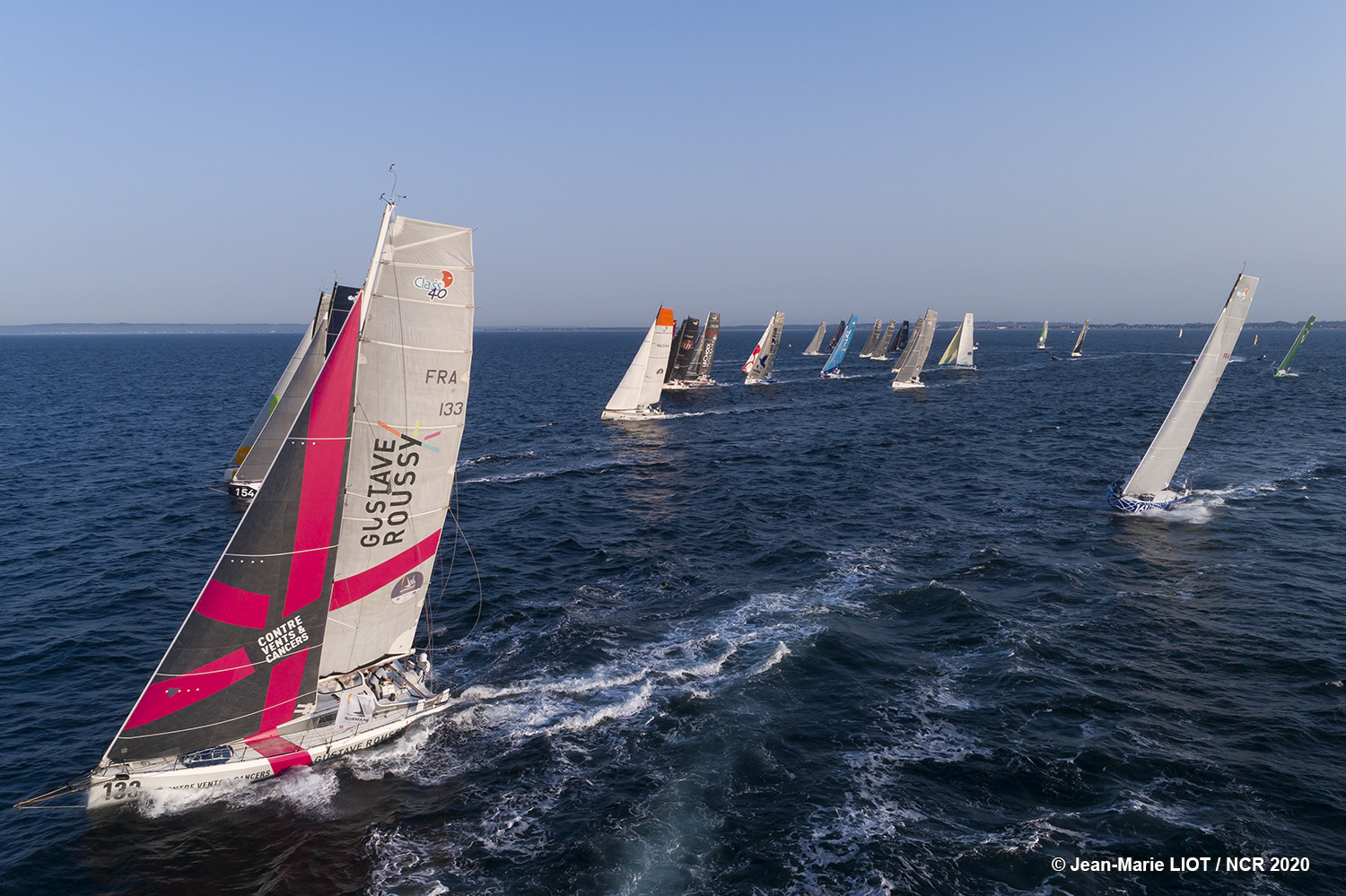