THE CIC NORMANDY CHANNEL RACE IS EVERY INCH A CLASSIC 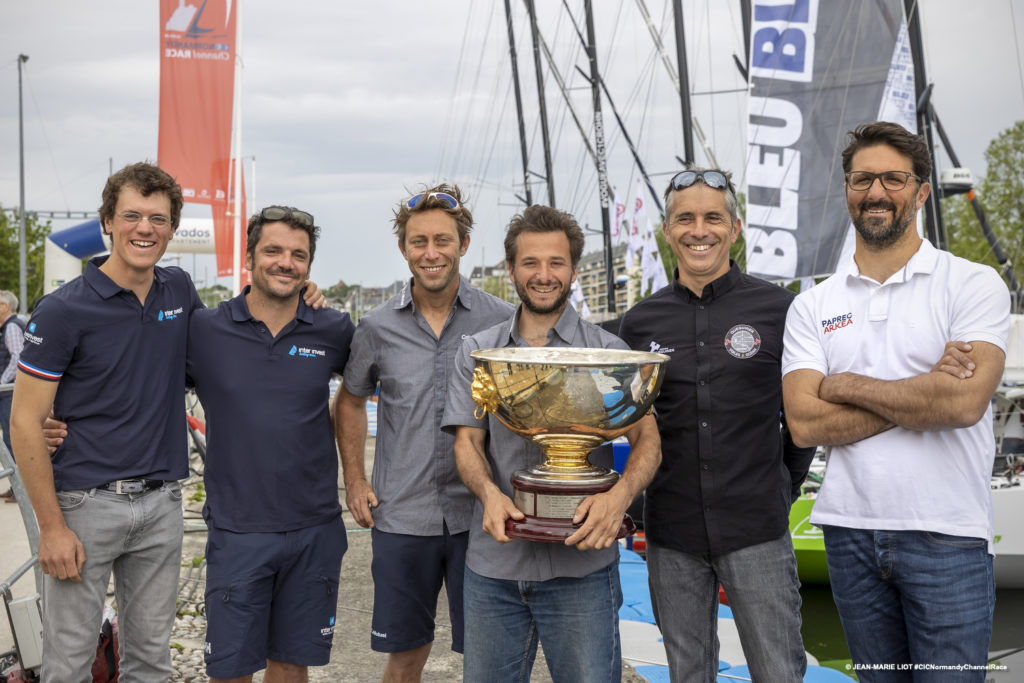 Even before the starting gun fired, the 13th CIC Normandy Channel Race was expected to be a record-breaking edition. With an historic 30 boats entered, an unprecedentedly high calibre line-up, and the presence of nearly all the latest additions to the series it was bound to be a spectacular battle royal out on the water. And that’s exactly what we got. Besides the varied weather conditions, an action-packed scenario and unbearable suspense right to the wire, which have become a hallmark of the race over the years, the media and public following throughout the event are a reflection of the amazing stature boasted by this race.

The start of this 2022 edition enjoyed electric and spectacular conditions. In fact, the initial stormy rumblings compelled the Race Committee to remove the first course mark at the Saint-Marcouf islands, some 36 miles from the start line within the Baie de Seine, in a bid to dispatch the fleet offshore as quickly as possible. What followed was a sprint across the English Channel which took just a matter of hours, with the fleet rapidly entering the Solent in a night illuminated by lightning before it powered its way along the south coast of England as far as Land’s End. Linking onto a very swift passage across the Celtic Sea in boisterous downwind conditions, some boats racked up peak speeds of 30 knots on occasion. At this stage of the race, heavyweights Corentin Douguet and Yoann Richomme aboard Quéguiner-Innoveo (176) and the amazingly talented Matthieu Perraut and Kévin Bloch aboard Inter Invest (175), really excelled, constantly jockeying for the top spot. Faced with a potentially treacherous low pressure system, the Race Committee was obliged to remove the course mark at Fastnet. As such, having rounded the iconic Tuskar Rock lighthouse off south-east Ireland, the fleet set a course southwards with a long beat as far as Portsall off north-west Finistère. At the midway mark, on the return leg past Wolf Rock, it became a different race entirely. Indeed, following a meaty start to the race, the battle for home across the English Channel, renowned for its very strong tides, was punctuated by some very light airs, resulting in a torrid final stretch.

Once again then, the CIC Normandy Channel Race has given rise to an incredible scenario, the outcome of which remained undecided right to the final miles of this theoretical 1,000-mile course. For the section from Portsall to the Baie de Seine via Guernsey, Le Raz Blanchard and the Barfleur headland, the skippers had to demonstrate incredible commitment from beginning to end. With a succession of tricky passages, most of which had to be negotiated whilst in very close contact with their rival skippers and involved tactical covering and strategic options, the whole lot amidst a state of extreme fatigue, the competitors were really pushed to their nervous limit. It was only after a dauntingly tight rounding of the Cotentin peninsula to avoid the worst of the effects of punching tide that the Class40s Crédit Mutuel (158) and Quéguiner-Innoveo (176) managed to shake off their tail and embroil themselves in a fierce duel for victory. Ultimately, it was thanks to one last strategic manoeuvre at the Ouistreham cardinal mark, that the Italo-Breton duo of Ian Lipinski and Ambrogio Beccaria made it across the finish line in truly majestic form in the Baie de Seine to bag the win. Inter Invest (175), 3rd, rounded off the podium in style. Astern of the top trio, the pressure to secure the best possible result remained uppermost in the minds of the remaining skippers, who really had to dig deep, as evidenced by the crews on Crosscall (98), Edenred (104) Redman (131) and Legallais (145), who all made it across the finish line within a 15-minute time slot. This pattern was repeated in the second half of the fleet too, with a peloton of 10 boats all finishing within an hour of one another. In this Norman event, it’s never over till it’s over. Something that the skippers are only too aware of and that’s exactly what brings them back for more each year.

In terms of the media, this 2022 edition of the race has enjoyed exceptional coverage across every possible media, starting with television. The local station France 3 Normandie devoted a 26-minute magazine to the race. The Friday 13 May edition of Vous Êtes Formidables presented by Anne Boetie proved very popular too, as did the 52-minute live coverage of the start, with commentary by Laurent Marville and Louis Duc, on France 3 Normandie, Hauts de France, Bretagne and Nouvelle Aquitaine, plus a replay on the Monday following the start on France 3 Normandie. The traditional Minute CIC Normandy Channel Race round-up of the race highlights was broadcast twice a day for 12 days on the France 3 Normandie, Bretagne and Hauts de France stations during the news slots. There was also unprecedentedly widespread television coverage across western France. With regards the written press and radio, the Ouest France and France Bleu media enjoyed exceptional daily coverage of the event. Meantime, the website and social networks welcomed record-breaking audiences for this 2022 edition.

This extremely positive analysis is largely down to all these ingredients that make the CIC Normandy Channel Race such a special event. Featuring a heady mix of a demanding course, an international standard, incredible sporting scenarios, the Class40 spirit and substantial media cover, little wonder that it attracts specialists of the discipline in the English Channel and the Celtic Sea year on year, reinforcing the prestige and the recognition of every one of its champions on Norman soil. Roll on 2023! 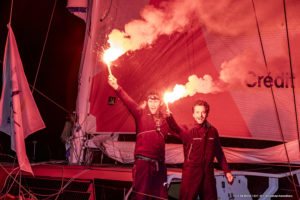 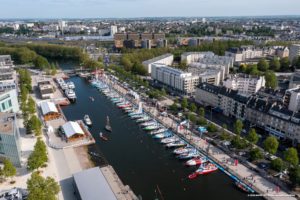