A 14TH EDITION IN LINE WITH THE DEVELOPMENT OF OFFSHORE RACING 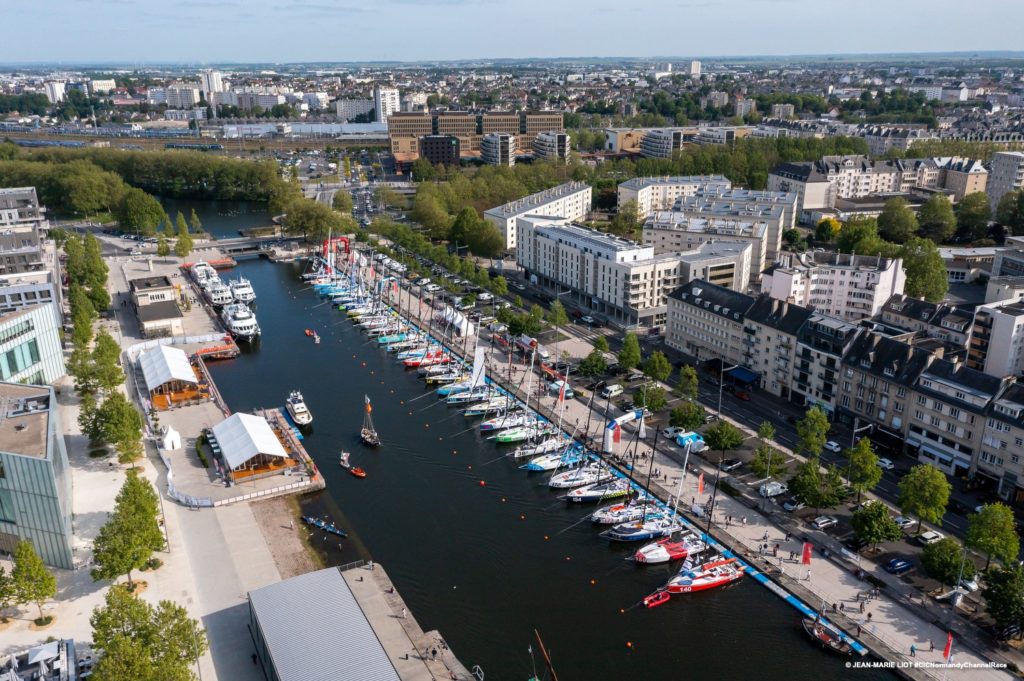 The Class40 has really gone from strength to strength in 2022 with close to 200 craft built since the creation of the series (the last number assigned was 189). Indeed, there are not many examples of a class of offshore racing boats of identical size enjoying such success. Right now, with the European fleet of Class40s preparing for a record number of entries in the Route du Rhum, and other Class40 boats racing along the coast of Australia bound for Auckland in the 3rd leg of the GLOBE40 round the world race, the series has made a name for itself as the number one craft for offshore racing, a discipline which is becoming increasingly international.

The post-Route du Rhum years typically see fewer entries at events, but it’s very likely that this trend will be slowed or even reversed in 2023 given their popularity. In 2022, the CIC NORMANDY CHANNEL RACE boasted a record number of participants with some 30 Class40 lined up for the start. For 2023, we’re expecting a similar number of entries for the race start on Sunday 4 June.

True to form, the 2022 edition of the CIC NORMANDY CHANNEL RACE proved to be an extremely demanding event, where the outcome was never a foregone conclusion, right the way to the wire. Ultimately, it was French sailor Ian Lipinski and Italian Ambrogio Beccaria who secured victory on CREDIT MUTUEL, after 2 previous attempts by Ian, and they’ll be keen to defend their title in 2023.

Reconnecting with the general public

2021 and 2022 were inevitably coloured by the health crisis and though the event went ahead as planned for the sailors, the health guidelines were such that it wasn’t possible to host the local crowd numbers of previous years. In 2023 then, a key objective will be to see the locals return in force to create a real buzz around the port and share in the festive atmosphere dockside with the skippers once more.

Similarly, in terms of media, 2022 was a real turning point for the competition as our partner FRANCE 3 debuted a 52’ live feed spanning 4 large regions of France. The growing enthusiasm of the media was corroborated in a study carried out by KANTAR SPORTS, which revealed that press play spanned 853 outlets, with significant coverage promoting the event. Furthermore, since the race website was launched 2 years ago, its audience has quadrupled.

Renewed commitment from the founding authorities

These past few months have seen the event’s founding authorities – City of Caen, Caen La Mer Urban Community, Calvados Department and Normandy Region – renew their commitment to the Normandy Channel Race alongside Sirius Évènements for a further 3 years from 2023 to 2025. The CCI Caen / Normandy, together with the Port of Caen – Ouistreham, has also renewed its support for the same period. The event’s Title Partner CIC, which has been present for the past two years, has agreed to further step up its contribution with a significant increase in operations. A host of local businesses, including Leclerc IFS and Legallais, have also associated themselves with the event over the years, utilising it as a platform for meeting up with their clients and colleagues. In this way, some 2,000 guests were welcomed to the race village and out on the water for the race start in 2022.

The Notice of Race will be published today and registration is now open: www.normandy-race.com  – skippers’ area. 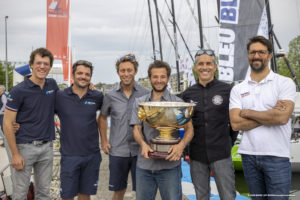