As every 4 years the NORMANDY CHANNEL RACE will take place in September following the four-year program of the Class40 with its transatlantic trip: The Transat in May to the USA, Atlantic Cup along the East Coast in June, return in July with Quebec St Malo. The only official championship event at the start and finish in France this year is the big annual event of the Class40 in the English Channel should return to its best levels of participation in recent years, with a record to beat 27 units in 2016 and 2018.

(Race notices available and registrations open on the website)

Anchoring in its status as the great annual classic of the Class40 in the English Channel the NORMANDY CHANNEL RACE unfolds its programme: arrival of the Class40 no later than Wednesday 9 September, school day on 10 September, opening of the village to the general public on the Quai Vendeuvre in Caen on Friday 11 September, departure on Sunday 13th for a week of racing in the English Channel, United Kingdom and Ireland, and return on the weekend of 19/20 September. An ever-increasing Class40 in the international offshore race From year to year, from events to events, the Class40 takes an ever greater place in the landscape of major international offshore races; this was again the case with the last Transat Jacques Vabre where the series represented almost half of the participants
as was also the case in 2018 for the Route du Rhum. And with the launch of the GLOBE40 last June, the series’s horizon has grown to
2021 with a planetary perspective of around the world, the last element that was missing to establish a prominent status.
With the number 159 in September (Bank of Lake Geneva), the number of units is still at the rendezvous as well as the architectural diversity and technological evolution; Lombard plan winner of the Route du Rhum for No. 154 , new Owen Clark plan for No. 157, New evolution Mach 40.4 on drawing by Sam Manuard for the No. 159, David Raison’s plan for the first Class40 “scow” (bow in the shape of a very rounded nose) the no. 158 (Mutual Credit) of Ian Lipinski and Adrien Hardy winner of the TJV for his first participation in the race. Beating Ian Lipinski’s distance record in 24 hours in Class40 at 415
miles (17.5 knots average) and leaving behind the 60 feet Imoca (the Vendée Globe series) of the oldest generations.

A renewed partnership for 3 years with the communities and the CCI Caen Normandie A rather exceptional example of quality partnership for 11 years the City of Caen,
Caen la mer, the Calvados department, the Normandy Region and the CCI Caen Normandie have renewed their confidence in Sirius Events organising the event as part of a new firm contract over 3 years 2020/ 2022. Many other partners have also been providing faithful support for many years: France 3 Normandie with the beautiful device of the daily minute, France Bleu, Leclerc Ifs with the always assertive support of its leader Jean-François Gruau, Adrea Mutuelle, the SRCO, … it is a beautiful community that has been built over the years and still takes
a real pleasure to meet each year around the sailors. After a 10th edition that marked a real meeting with the public of Caen
and Normandy, the event envisions its future and its development with envy and serenity. 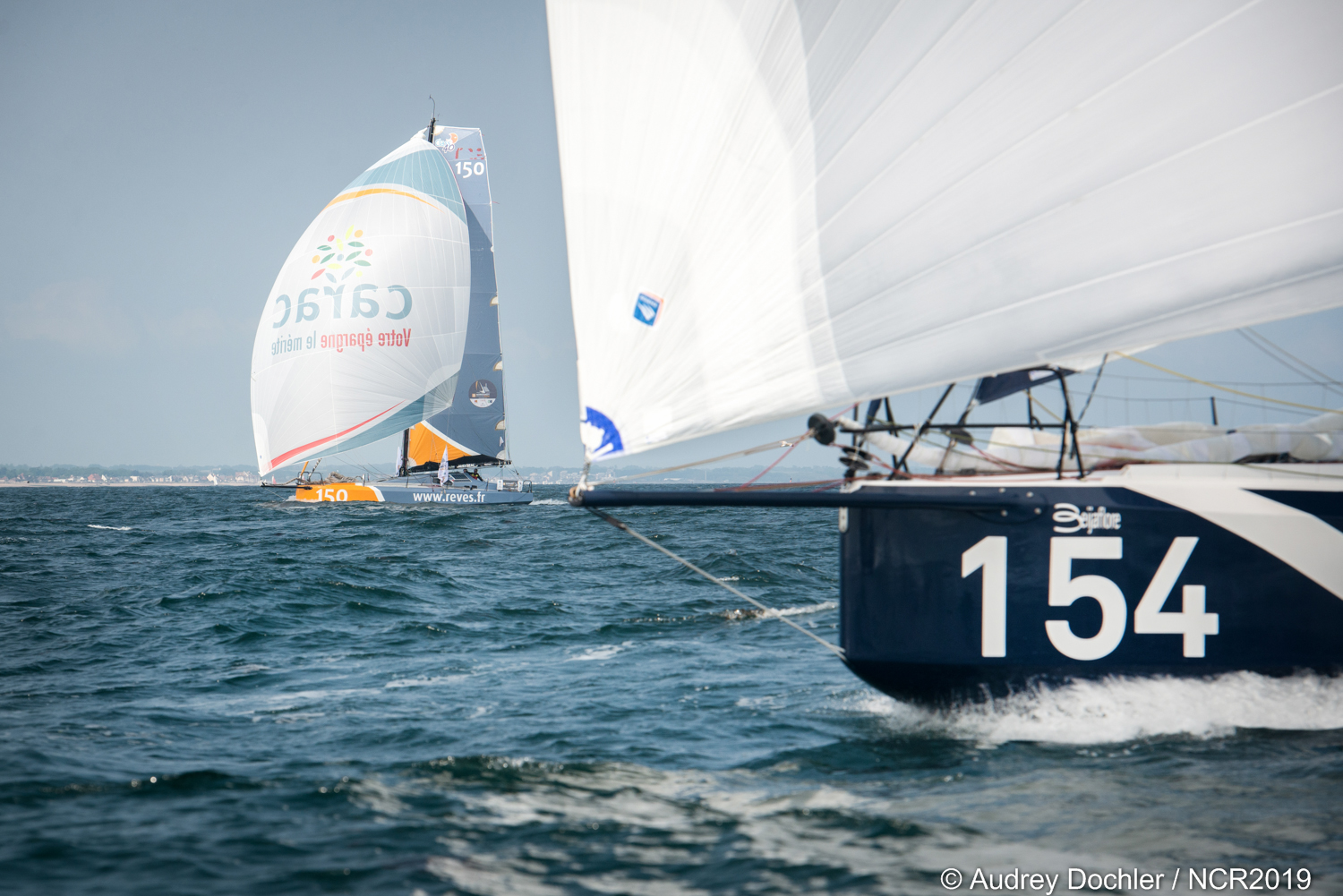