Single file up to Tuskar 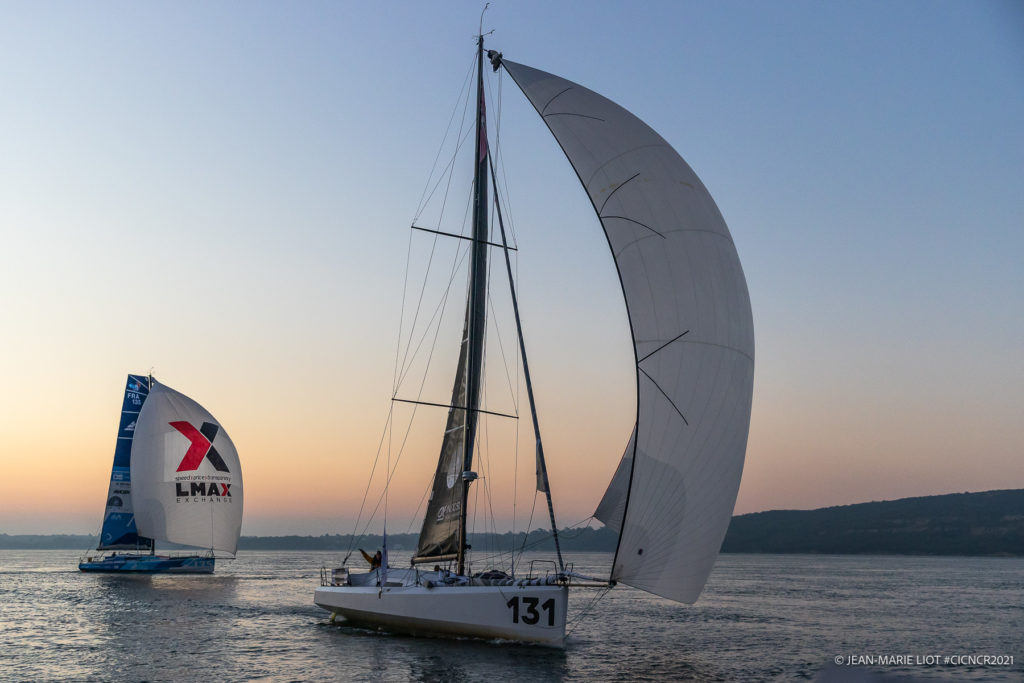 Whilst the vast majority of the competitors are currently forming part of a procession making their way across the Celtic Sea this morning, two crews are yet to round Land’s End. The latter two father and son pairings aboard Kite (144) and Eärwen (88) are still battling downwind off Falmouth. Meantime, by passing the south-west tip of England, the head of the fleet has been able to quickly latch onto a gentle E’ly breeze of around ten knots enabling them to lengthen their stride on a reach up to Tuskar and extend away from the rest of the fleet, some of which remained ensnared off Wolf Rock in a wind shadow created by the western tip of Cornwall.

Last night, the CIC Normandy Channel Race fleet enjoyed the calm conditions out on the racetrack making just ten knots or so of boat speed. Leaders Redman (161) and Crédit Mutuel (158), with Project Rescue Ocean (162), Lamotte Module Création (153) and Banque du Leman (159) still hot on their heels, have managed to neatly negotiate the Celtic Sea by bending their trajectory round to the east to hunt down a fleshier breeze of around fifteen knots or so, plumped up by the funnelling effect of the Bristol Channel. Now on a virtually direct course on their ascent of the Celtic Sea, tactical moves are not really part of the equation, forcing the skippers to stay focused on trimming their sheets in a bid to claw back every possible knot of speed. In the wind shadow created by the Welsh coast, the breeze is set to ease as the fleet closes on Tuskar, but the first Class40s in this 2021 edition look likely to reach one of the event’s iconic lighthouses at around 13 to 14:00 hours before making the rounding and setting a course for Fastnet Rock. 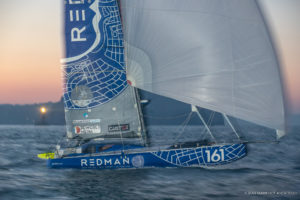 GYBING BATTLE ALONG THE SOUTH COAST OF ENGLAND 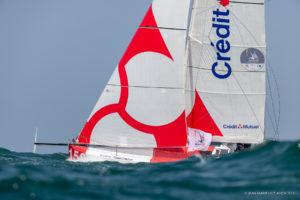